This award recognizes writers with the skill to craft technical advances into must-read stories, and the tenacity to place them in the public spotlight. Their stories are the stories of our biomedical scientists, the stories our scientists would tell themselves if they could, and the stories that will inspire us all to defy the failings of our bodies, seek knowledge through science, and break through the boundaries of medicine.

The Bricker Award honors gifted science writers and provides an honorarium of $3,000, in addition to travel expenses to an annual lectureship at Houston Methodist in the Texas Medical Center.  The award recipient also receives paid airfare and registration to attend the national meeting of the National Association of Science Writers or the American Association for the Advancement of Science, or another prominent national association meeting related to science writing. 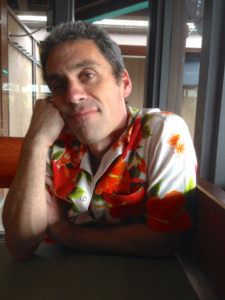 Successful science writing demands a harmonious conglomeration of traits. In addition to a fascination with science and a knack for writing well, a good science writer reflects an inherent burning curiosity about the world, a fondness for esoteric facts, and has the skill for communicating complex ideas clearly and engagingly. This in a nutshell describes the writing of David Bricker.

David was a man of humor and eclectic interests. He was fascinated by subjects as diverse as entomology, cultural anthropology, cricket, poetry and classical music. David flourished in college at UC San Diego where he had the flexibility to focus on the subjects that interested him. After college, he applied to the graduate program in Biology at the University of Michigan but was not accepted at first go. Always tenacious, David moved to Ann Arbor, where he began working in a bookstore and volunteering in a lab on campus. This gave him the hands-on experience that distinguished him from other applicants. The following year, he was accepted into the PhD program with a full scholarship. 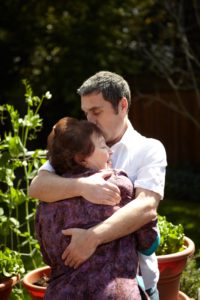 David, however, was quick to realize that scientific research was not his cup of tea. His ability to understand science and to communicate it in a way that made it accessible was a more exciting challenge to him. A stint writing for a local paper confirmed this realization. He decided to leave the PhD program with a master’s degree and applied to the master’s program in Journalism at Indiana University. According to his mother Karin, “True to himself, David had explored and experimented and found the right path, the one that ultimately brought him to Houston Methodist as a medical research and science writer.”

David never called himself a public relations or media relations professional, despite his title of public relations manager. He saw his role as a communicator of science to the public, a role he deeply cherished. His approach to science writing was methodical and built on rigorous preparation and research. His curiosity to learn made him want to understand the science in its entirety before approaching the scientist with more questions. He knew what he did not understand and, more importantly, he knew what a lay person needed to appreciate the impact of new research findings. The ability to wade through complex scientific data to craft a story that toes the fine line between science jargon and everyday language, was the hallmark of his career as a science writer. This earned him the respect and gratitude of researchers who wanted to share the story of how their research could make a difference. 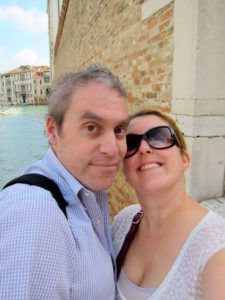 In April 2014, David was diagnosed with gastric adenocarcinoma, a terminal diagnosis with a 6-month survival rate of less than 80 percent. Despite the dire diagnosis, David and his wife Deanna knew that they wanted to live and live they did even in the face of death. In Deanna’s words, “Life is for memories, life is for living, and we chose to live”. Over the next year and a half, David and Deanna spent their time together traveling, making memories to cherish.

As the saying goes, “Life is not measured by the number of breaths we take, but by the moments that take our breath away.” David and Deanna experienced these moments time and again during their travels, while walking through the raw and secluded beaches of Hawaii, hiking the majestic glaciers of Switzerland, and looking over Lake Como at the mountains fading in the distance. Never one to take the beaten path, David loved to explore and get lost. This he did time and again, in the random streets of Venice and in the quiet cherry blossom-laden backstreets of Kyoto. The inspired storyteller that he was, he chose to conclude the tale of his life on his terms, doing what he loved the most. After a 16-month battle with cancer, David passed away in August 2015 at the age of 42.